Marvel, a Walt Disney Co. subsidiary, recently set into motion five lawsuits in an effort to protect its copyrights. Marvel is going after the estates or relatives of its late writers and artists who previously fought for copyright termination rights on various Marvel superhero characters, including Spider-Man, Iron Man and Black Widow.

Termination rights were added to the Copyright Act of 1976 and allowed artists (or their estates) to terminate a grant of copyrighted work and recapture the rights. Marvel has fought back arguing that the rights of the act do not apply in this situation since the work was a work made for hire. Thus, Marvel ultimately concluded that the rights solely belong to the company.

For example, in one complaint against the relatives of late writer Don Rico, Marvel said it “assigned Don Rico stories to write, had the right to exercise creative control over his contributions, and paid him a per-page rate for his contributions. As a result, any contributions Don Rico made were at Marvel’s instance and expense, rendering his contributions a work made for hire, to which the Copyright Act’s termination provisions do not apply.”

We will keep you posted on the outcome of these cases.

Leahy Seeks To Redirect the PTAB Through New Bill

Takeaway: The well-known Fintiv rule, which states that the Patent Trial and Appeal Board (PTAB) must not hear patent validity challenges if the same patent proceeding is pending in a parallel U.S. district court, could soon be jolted if Senator Leahy succeeds in getting enough support to pass his new bill aimed at redefining what PTAB judges are and are not allowed to do.

Senator Patrick Leahy recently announced a bipartisan bill to stop PTAB judges from factoring in the timing of parallel litigation when deciding whether to review a patent. According to Senator Leahy, his goal is to shut down the Fintiv rule and to instead focus on strengthening the board created under the 2011 America Invents Act (AIA).

What is the controversial Fintiv rule? The rule allows for PTAB judges to reject reviewing a patent based on the progression of a parallel infringement case in a district court. In May 2020, the PTAB declared that its Fintiv decision would be made precedential, meaning future cases could depend on its criteria in cases similar to NHK Spring v. Intri-Plex, the case from which the rule appeared.

Ultimately, Senator Leahy’s bill would change the law in such a way that PTAB judges would be unable to use their discretion on factors not set out in the America Invents Act.

Can You Be Too Aggressive in the Courtroom? In a recent opinion from the Federal Circuit Court of Appeals, the Court reinstated a jury’s willful infringement verdict of a “Network Surveillance” cybersecurity patent, and as a result, damages were more than doubled based on the willfulness finding.

Initially, a jury verdict ruled willful patent infringement, but the Federal Circuit vacated the willfulness finding and articulated what seemed to be a very high standard for willful infringement (wanton, malicious, bad faith actions). The plaintiff then appealed again to the same panel as the original appeal. The panel noted that it was not its intention to articulate an elevated standard for willful infringement, but rather, all that was required was deliberate/intentional infringement. Based on this, the jury verdict was reinstated and increased the damages by 2.5 times.

The Court also affirmed the district court’s earlier award of attorneys’ fees, finding that it was supported by the willfulness finding and the overly aggressive litigation conduct of the defendant.

Use It or Lose It: Trademark Rights

Takeaway: Enforce your trademark rights or else you are at risk of losing them!

If you have any questions about whether or not something is an infringement or have any general questions about trademarks, copyrights, or patents, contact our office and one of our qualified attorneys can assist you in answering your questions.

Takeaway: Take the time to enable multi-factor authentication on all your personal and business social media accounts to prevent against hackers and, more importantly, the risk of permanently losing your account.

Many companies and individuals have large social media followings on popular platforms, including Facebook, Instagram, Twitter, etc. These platforms are often times paramount to the success of the business or the individual in branding themselves. These platforms not only act as free advertisements for themselves and their services or products, but they can generate a source of independent income through sponsorships.

One problem our firm had to tackle recently was a client being hacked on one of these platforms. Getting in contact with and receiving cooperation from some of these platforms is challenging, and getting an account back from a hacker is nearly impossible once the hacker has changed the account password.

Most of these platforms (if not all) offer multi-factor authentication (MFA) that can be turned on in order to access the accounts. Once turned on, it makes it much more difficult for hackers to access your account and change your password. We hope this message reaches your company and encourages you to adopt MFA in your social media accounts as standard practice.

October is Cybersecurity Awareness Month! At Cislo & Thomas LLP, we take cybersecurity seriously, including taking the time to train our employees on how to catch phishing emails, by requiring multi-factor authentication, and much more. 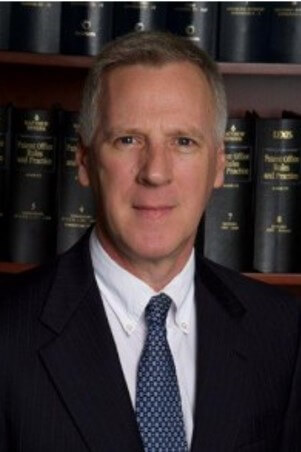 David has been practicing intellectual property law for over 23 years. With his background in mechanical and aerospace engineering, he previously had an interesting 12-year career as an Aerospace Engineer working on projects such as the C-17 military transport aircraft, the International Space Station and military and commercial communications satellites.