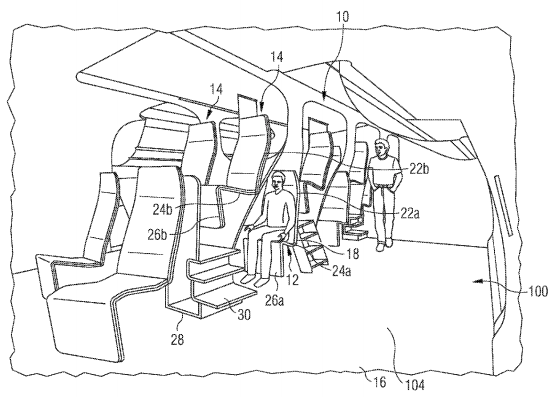 It seems like there has been an increasing effort by large corporations to file dystopic aircraft seating arrangements.  This time, Airbus has “preserved the innovation and idea” for a half-leveled tier arrangement that seems to be just as uncomfortable as it looks.

Airbus files hundreds to thousands of patents each year and this particular one caught more attention than the rest. To ease the public, an Airbus spokesperson stated that “[t]his does not mean [it is] necessarily going to be adopted into an aircraft design.”

Airbus wrote in its patent application that “[i]n modern means of transport, in particular in aircraft, it is very important from an economic point of view to make optimum use of the available space in a passenger cabin.”

However, when it comes to the term “optimum,” potential passengers would probably disagree with that word choice.